Why I’m going to be called a right wing, God-fearing, biological determinist in 2014… 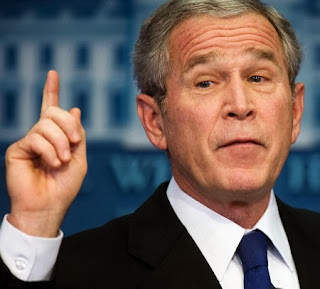 People love labels and boxes and the world of men’s issues is no exception (and I’m certainly not immune to labeling and boxing people.

I got involved in the men’s movement because I was interested in gender and concerned about specific issues that affected men---in particular the unequal treatment of stay-at-home-dads and separated dads.

My outlook on life at the time was socially liberal, left wing, green, vegetarian, atheist, social determinist with a bit of an interest in the arts (particularly theatre) and alternative worldviews (such as complimentary health and wellbeing)---oh and I supported Blackpool FC.

In simple terms, you could say I was a bit of a soft leftie, bleeding heart liberal, hippy if you wanted to label me.

Like many campaigners I got interested in my cause because of personal experience. I’d been interested in gender from an early age. I can remember at school saying to a teacher “that’s sexist” and a girl in the class saying something like “now you know what women have to experience every day”.  I don’t even remember what the issue I was complaining about was, I’ve no doubt it was minor and I was being righteous and pedantic, but the point is I was attuned to unequal treatment because of gender (and supported feminism and feminists for taking a stand against sexism against women).

I’ve previously written about some of my personal experiences of sexism as a young adult at the Good Men Project and my struggle taking a stand against sexism against men.

What I didn’t mention is that article was some of my formative experiences happened when I was living in the London Borough of Hackney as a full-time dad with a baby. This was at the time when Hackney was supposed to be so politically correct that you had to call blackboards and manhole covers, chalkboards and person-hole covers because to do otherwise would make you a racist and a sexist.  Yet I constantly came across official signs for “mums and babies” promoting services that were for parents and babies. I had an ongoing battle with Hackney baths about not calling its swimming sessions the “mother and baby” session. I share this bit of personal history to give you a glimpse into my mindset around gender issues at the time---it would be fair to say that I was pro-feminist, self-righteous, politically correct and a little bit loony leftie.

I took this mindset into my campaigning work for separated fathers, which I got involved in because I became a separated father and experienced at first hand the serious limitations of the family courts and the whole system around separated families in the UK.

The fathers’ rights movement I joined in the UK in 2003 was complex, diverse and stronger for the fact that it had no central philosophy---people didn’t join the movement because they supported feminism or anti-feminism (or any other kind of “ism”), they got involved because they had personal experience of an unjust and unfair system and wanted to do something about it.

And so pro-feminist, lefties like me who become concerned with the unequal treatment of separated fathers can end up in a philosophical wilderness. But rather than get lost in the desert I set off in search of a philosophical home.

It was clear to me that I was always going to be interested in gender issues, that the problems experienced by separated fathers were just one aspect of the issues faced by all fathers and that the challenges fathers faced were linked to all men and boys’ issues and therefore part of the gender discourse that all humans are consciously or unconsciously part of.

Taking all that into account it’s clear to me that it’ll take something much bigger than feminism or anti-feminism to address the many different challenges that men and boys face.

As I said in my post yesterday, “I’ve tried feminism and found it deeply wanting when it comes to understanding and addressing the many, diverse problems that men and boys face all over the world. That’s why I’m a non-feminist---or at least that’s what I often call myself to distinguish myself from the polarizing binary thinking of “feminism versus anti-feminism”.

“In reality, I’m an integralist. I find the integral approach to gender to be the most powerful and effective way of understanding the complexity of 21st Century gender issues and finding effective solutions.”

Being an integralist means two things for me.

First I aim to take an integral view of all issues. Let me give you a simple example. One quick way to get a grasp of integral thinking is to consider the “I” the “we” and the “its”---or put another way, the personal, the cultural and the systemic.

If you look at what happens to separated fathers, some are personally able to work things out in spite of the system---maybe they have certain skills, knowledge and resources that others don’t. I’ve helped separated dads make the journey from having no contact with their children to being fully involved by helping them to change, develop and access the skills, knowledge and resources they need. This doesn’t work in all cases but I know from experience that we can make a huge difference for separated dads by focusing purely on the personal.

I’m also clear that if we want to make a bigger change for separated dads then it’ll take huge cultural and systemic change. We have a system that gives dads unequal parental rights, unequal access to parental leave, unequal access to state benefits for parents etc…..we’ll never get equal outcomes for mums and dads when we have a system that gives them unequal rights.

Perhaps more important that personal change and systemic change is cultural change. There are two types of culture where dads are less likely to excluded from their children’s lives. The first is cultures where marriage is strong and there’s less family breakdown---if you live in a culture where you at less risk of being separated in the first place then you are less likely to end up excluded from your children’s lives.

The second type of culture where dads are less likely to be excluded from their children’s lives is found in countries where there is a culture of shared parenting from birth. These tend to be socially liberal countries like Sweden where family breakdown is high but where there is also a strong culture (supported by law) of promoting shared parenting from birth. As a result, separated dads in Sweden are three times more likely to share parenting when they split with the mother of their children, than separated dads in the UK.

So from an integral perspective, if you want to create a society that does a better job of preventing fathers from becoming excluded from their children’s lives you probably need a combination of equal rights for parents at all stages of parenthood, a culture of shared parenting from the earliest stages of pregnancy, a willingness to strengthen marriage and relationships and an ability to improve men’s and women’s personal and interpersonal skills.

That’s a very simplistic example of an integral approach to men’s issues and what it points is that focusing  on a singular aspect (eg improving systemic rights, changing cultural attitudes to  marriage, changing fathers’ behaviour) is rarely the whole picture.

The second thing that being an integralist means to me is helping to develop the way that existing political and philosophical approaches address gender issues (and in particular men and boys’ issues).

So while I am still a vegetarian Blackpool fan with an interest in alternative worldviews, I’m no longer left-wing, no longer atheist and no longer a social determinist---but this doesn’t make me a right-wing, Christian, biological determinist.

Rather than being a left-winger or right-winger, a Christian or an atheist, a social determinist or a biological determinist---I am someone who is deeply interested in what these different viewpoints can contribute to our understanding of gender issues.

In terms of politics I am apolitical. There are many different political movements in power all over the world and I am interested in finding ways to help all of these approaches to become more effective at addressing men’s issues.

In terms of religion I now describe my self as spiritual, but not religious---by which I mean I believe that there is a spiritual dimension to human life (including my own) and I don’t believe that any single religion or spiritual practice has a monopoly on understanding our spiritual side and so I am interested to learn what different religious and spiritual groups can bring to understanding and addressing gender issues.

In terms of nature versus nurture (or biological versus social determinism)---as I said in a previous post---I tend to agree with Ali G's cousin (Professor Simon Baron Cohen) that biology and culture interact to create sex differences---or put simply, we're all a little bit nature and a little bit nurture. That said, as someone who used to believe that “it’s all nurture”, I am very interested to learn more about what biological determinists can add to my understanding of gender.

I’m not. I’m a integralist. If it helps you to label me left-wing, right-wing, pro-feminist, anti-feminist, Christian, atheist, a biological determinists or a social determinist---go ahead, stick me in a box and label me, but know that doing so you won’t have understood who I really am or what I really think.

IF YOU'D LIKE TO DOWNLOAD A FREE CHAPTER OF MY NEW BOOK "EQUALITY FOR MEN" JUST CLICK HERE NOW TO FIND OUT HOW.
Posted by Glen Poole at 04:35